Aikido is a Profound martial way that evolved from and reflects Shinto Cosmology.

The Aikido is the way of the universe, and the movements unite human being with great nature –movements along with great nature are called kannagara. Kannagara Aikido is Misogi..purify ourselves to unite with great nature. Koichi Barrish Sensei is the Senior Shinto Priest of Tsubaki Grand Shrine of America the US Branch of Tsubaki Okami Yashiro, one of Japan’s oldest and most prestigious Shinto Shrines and the main shrine of Aikido’s Guardian Kami and Kami of KI. Barrish Sensei has the over 40 year history of continuous Aiki Training, teaching and exploration. www.tsubakishrine.org.  Kannagara Aikido is affiliated with Aikido World Headquarters and Ueshiba-ke (Aiki-kai). 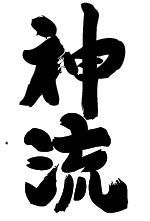 In the west we always speak of “Mother Nature” this is really a true intuition…we can receive the daily blessings of Mother Nature and the force of life.. this Force of Life (Life Force of Great Nature ) is called Kannagara. We can say this is “like Kami” or “the way of the Kami” this is Shinto.

To achieve happiness and real improvement in our lives we must activate our KI or spiritual energy. When we can generate and harmonize with KI we become Genki/ filled with vitality and able to function at a high level of life power. Sarutahiko Okami, the main Kami of Tsubaki Grand Shrine is Ancestor Kami of Aikido and Kami of KI. Through the movements of Aikido, gifted by Sarutahiko Okami we will be filled with wisdom, power, courage and great KI.